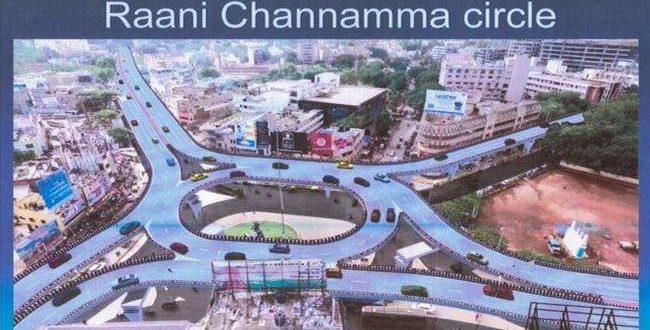 Hubli is the fastest growing city in the state of Karnataka and a profitable hub. The present inhabitants are more than 12 lakhs. Hubli also houses the largest number of government offices outside Bangalore.

Hubli is one of the most essential centers for cultural, religious and social activities. Hubli is renowned for having people of different religions - Hindus, Muslims, Christians, Jains and Sikhs.

Summers are warm and dry, lasting from late February to early June. They are followed by the monsoon season and a large amount of rainfall. Temperatures are fairly moderate from late October to early February.

Hubli-Dharwad is well connected by road, rail and air.

Hubli is the headquarters of the South Western Railways. Hubli railway station is an important junction with direct trains to major metro cities of India including Bangalore, Delhi, Mumbai, Hyderabad, Chennai and Kolkata.

The twin cities are well connected with important cities like Bombay, Bangalore, Hyderabad and port towns of Karwar and Goa also has many tourist attractions in its vicinity.

The Government of Karnataka promoted IT Software Park is situated adjacent to the Karnatka Law University at Sutagatti. STPI-Hubli Software Technology Parks of India has been operational since mid 2001 and adds to the development of the IT Industry in the twin cities, besides providing tremendous job opportunities.

A high speed rail network connecting the twin cities of Hubli - Dharwad is proposed under the Public Private Partnership model. While the Government will provide the necessary land, the Private participant will be required to establish and operate the Mono Rail. Once the Scheme is implemented, the Twin City will be hugely benefited.

Hubli and Dharwad have been brought within a single municipal district making the Twin city, peri-urban. The Hubli-Dharwad Municipal Corporation (HDMC) is responsible for implementing urban plans and the maintenance of urban public utilities.

The Hubli-Dharwad Urban Development Authority (HDUDA) is responsible for the planning of urban areas including areas of urban expansion and takes the stance of accommodating urban growth rather than making specific land use decisions.

The green belt is maintained with a view to contain future development or expansion of a settlement. Hubli being Industrial hub and Dharwad being Educational hub promotes industrialists as well as learning aficionados.

Shri Chandramouleshwara Temple dedicated to Lord Shiva is located about 3 km north from Hubli.It was built by Chalukyas and declared as protected monument by theArcheological Survey of India due to its historical importance.The 900 years old temple has four doors besides two Shivalingas and two Nandi statutes at the entrance.

The Chaturmukha Lingam, a four-faced Shiva lingam is the pompous feature of the temple.The temple has sculpted walls supported among black granite stones.

Sri Krishna Balarama Temple is situated at Rayapur, constructed by the International Society for Krishna Consciousness (ISKCON) .It is known as Sri Radha Krishnachandra Temple.

This pilgrim site is one of the largest ISKCON temples in the world. It has conspicuous semblance with Bangalore ISKCON temple. The temple is well-known for its services including lunchtime meals to about 80,000 school children from Dharwad and Hubli.

Unkal Lake aged 110 years is an attractive water spot in Hubli. This lake extends across 200 acres of land. Centre of the lake is sited the effigy of Swami Vivekananda.

This site is renowned as the 'Karma Bhoomi' of Shri Siddappajja, who was born in 1859. Unkal Lake offers the main source of drinking water for nearby cities and also facilitates amusement for children.

Located 4 km from Hubli, sited the Bund Garden, known for its lush green gardens. This attracts tourist to use up time amidst serene ambiance and take pleasure in boat ride too.